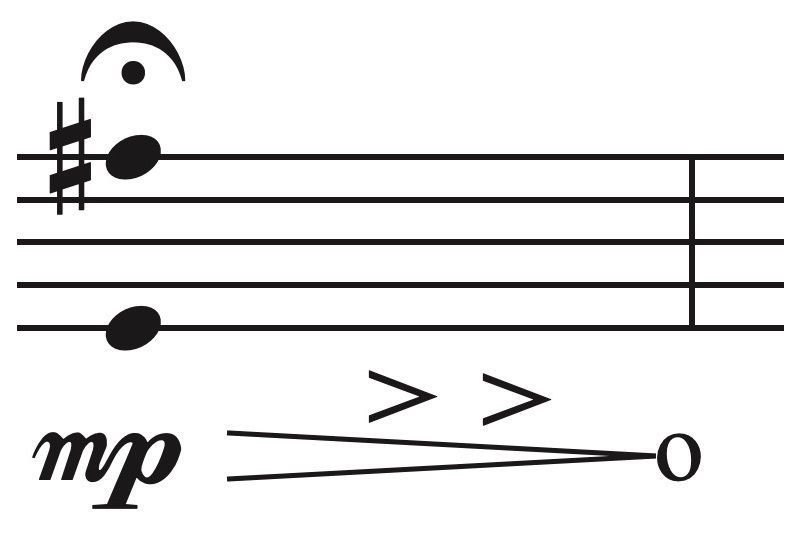 Inslicht is an incorrect compound German word. It means into the light.

The piece deals with dying and with the transition from this world to the beyond.

By pushing the air button one can make the accordion breath. In this music the instrument’s breathing is almost omnipresent. It pushes the music forward by his fluctuating rhythms and harsh tempo changes.
Pitches appear and melt with the air sound. Just like thoughts in different temporal and spatial dimensions.

Every time the bellows is pulled open or closed, a new time period with a defined duration is created. Different time periods follow each other. There is no stop. One movement does cancel out the other.
Finally, at the end of the composition, when the player opens the bellows with extreme slowness, infinity is suggested by the opening of an enormous space.